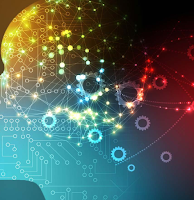 Detecting and preventing threats in real-time

Computer security products are designed to detect and protect against threats such as computer viruses, other malware and the actions of hackers.

A common approach is to identify existing threats and to create patterns of recognition, in much the same way as the pharmaceutical industry creates vaccinations against  known biological viruses or police issue wanted notices with photographs of known offenders.

The downside to this approach is that the virus or criminal has to be known to be harmful, most likely after someone has become sick or a crime has already been committed. It would be better to detect new infections and crimes in real-time and to stop them in action before any damage is caused.

This approach is becoming increasingly popular in the cyber security world.

Deep Instinct claims that its D-Client software is capable of detecting not only known threats but those that have not yet hit computer systems in the real world. Determining the accuracy of these claims requires a realistic test that pits the product against known threats and those typically crafted by attackers who work in a more targeted way, identifying specific potential victims and moving against them with speed and accuracy.

This test report used a range of sophisticated, high-profile threat campaigns such as those believed to have been directed against the US Presidential election in 2016, in addition to directing more targeted attacks against the victim systems using techniques seen in well-known security breaches in recent months and years.

The results show that Deep Instinct D-Client provided a wide range of detection and threat blocking capability against well-known and customised targeted attacks, without interfering with regular use of the systems upon which it was deployed. The deep learning system was  trained in August 2018, six months before the customised targeted threats were created.