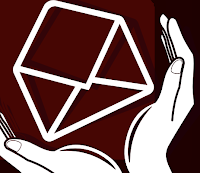 Email provides a route right into the heart of our computers, phones and other devices. As such, it is frequently abused to perform a variety of attacks against potential victims of cybercrime.

The sophistication of attacks vary but many rely on our almost unbreakable instinct to open, read and interact with messages sent to work and personal email accounts. Businesses rely on email security services to filter out large numbers of such attacks.

The range of attack types in the real world is wide, but in general we consider there to be two main categories: targeted attacks, in which the attacker attempts to target a specific individual; and public attacks, which spread wide and far in an attempt to compromise as many people as possible.
Many of the same techniques are used in public and targeted attacks. The least technically sophisticated include requests for a money transfer or banking login credentials. More credible attempts include professionally-formatted emails and links to fake websites designed to trick users into entering their valuable details.

Attackers with more resources may use malware to achieve their goals, either in the form of attached files or by linking to websites that exploit visiting computers.
SE Labs monitors email threats in real-time, analysing large  numbers of messages and extracting samples that represent  large groups of those threats. Human testers then manually verify that any malware included works properly before re-sending these threats to our own accounts through the tested services.

We also generate targeted attacks using the same tools and techniques used by advanced attackers. In gathering threats this way we achieve a realistic and relevant coverage of existing threats in a small set of test samples.