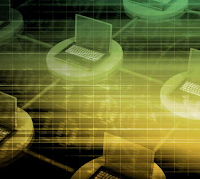 Using layers of security is a well-known concept designed to reduce the chances of an attacker succeeding in breaching a network. If one layer fails, others exist to mitigate the threat.

In this report (PDF) we explore the effectiveness of network appliances designed to detect and block attacks against endpoint systems.

The systems we have tested here are popular appliances designed to sit between your endpoints and the internet router. They are designed to detect, and often protect against, threats coming in from the internet or passing through the local network.

Their role is to stop threats before they reach the endpoints. If they fail to stop a threat, they might learn that an attack has happened and generate an alert, while subsequently blocking future, similar attacks.

In some cases an appliance will take information it considers suspicious and send it to a cloud-based service for further analysis. In this way it might allow a threat through the first time, explore it more deeply using the cloud service and send back information to the appliance so that it will block  that same (or similar) attack in future.

As immune systems adapt to protect against known threats, so threats adapt in an arms race to defeat protection mechanisms. This report includes our first public set of network security appliance results.

Future reports will keep you updated as to how well the industry competes with the bad guys in the real world.
Posted by Simon PG Edwards at 14:20